AMS Aerials is proud to be serving its 22nd year of trading in Witney and Oxfordshire; following the same values that encouraged us to initially start trading.

AMS Aerials was formed by myself; Paul Smith in 1996. After working for 5 years within a small electrical retailer based in chipping Norton I became the senior aerial installer. Combining my skills, knowledge and experience within the TV trade, I decided that it was time to apply these to a business of my own. AMS Aerials was born. In 1998 after the birth of our first child, my wife Sammy became a full time member of the team at AMS Aerials.

AMS aerials still prides itself on offering the same company values, quality products, great customer service and competitive prices we believed in from the beginning. 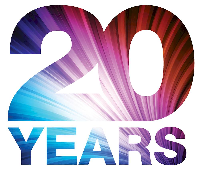